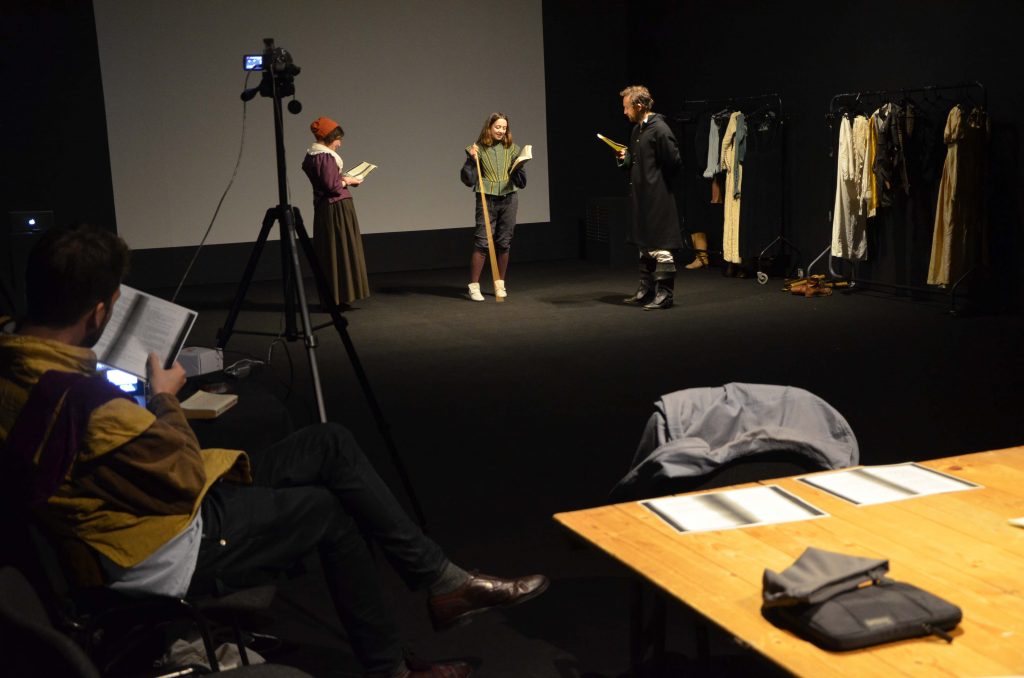 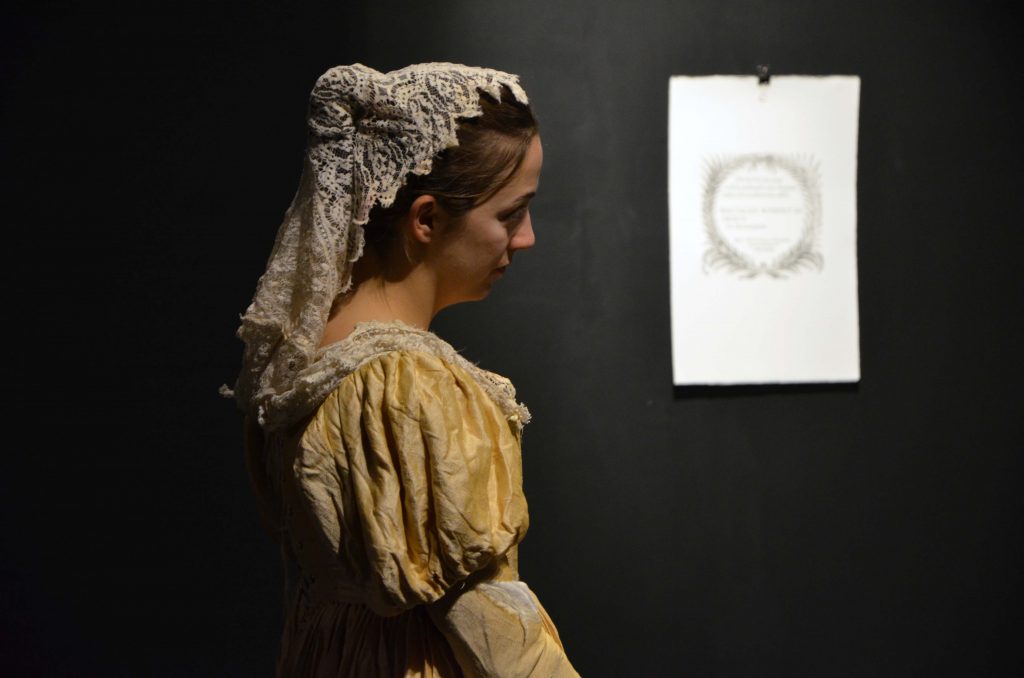 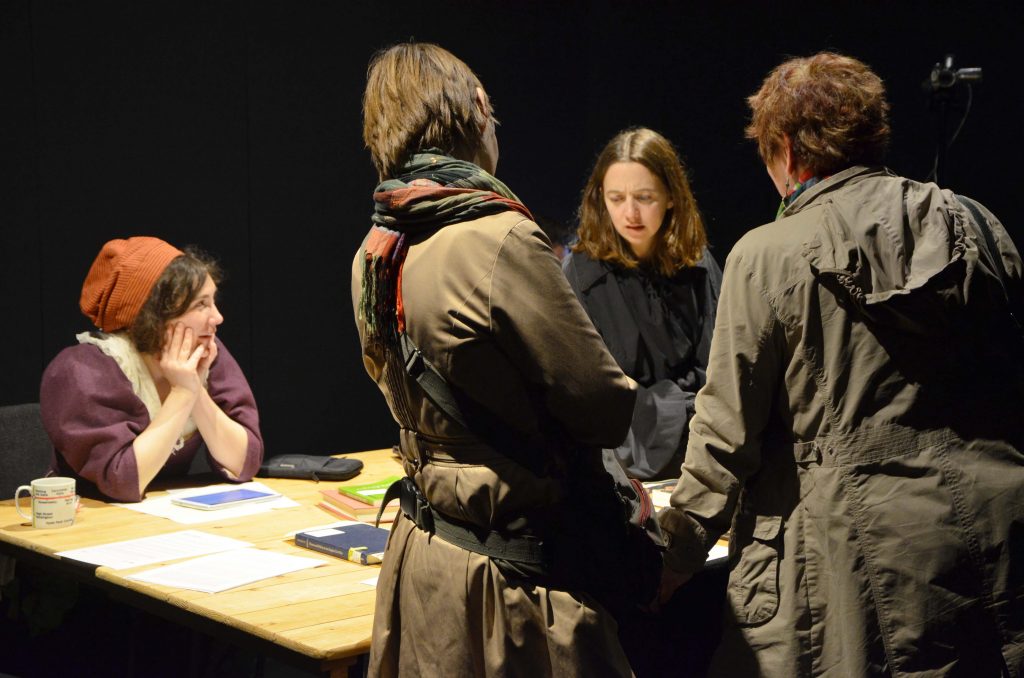 
During one week, we organized conferences with scholars (Tiffany Stern, Univeristy College), concerts with historical reenactors (The Oxford Waits), printed posters and talked with the visitors who tried on costumes borrowed from the University theatre group.

Excerpt:
« – As you may know, all stage plays were forbidden by a decree from the Puritan Parliament during the English Civil War, at the very beginning of it, in 1642. All theatres in London were closed at a time when they were most popular. The decree suggests the ban on theatre would last only during the war, as a temporary measure. According to Parliament, it was better to go to church and pray during these times rather than to entertain oneself in theatres. But in fact the prohibition became stricter, and lasted until the restoration in 1660.
– Yes, but there was no problem with writing plays, as long as they were not staged. Margaret Cavendish wrote several plays, one of which shows an army of women regaining a fictitious kingdom that looks very much like England. She also wrote a utopian novel describing an alternate world, called The Blazing World. The world is ruled by an Empress who supports science and builds new theatres.
– In the meantime, in London and the rest of the country, theatres were dismantled (the Globe theatre was demolished in 1644), actors would go to prison if they were caught playing, and their costumes were destroyed. »