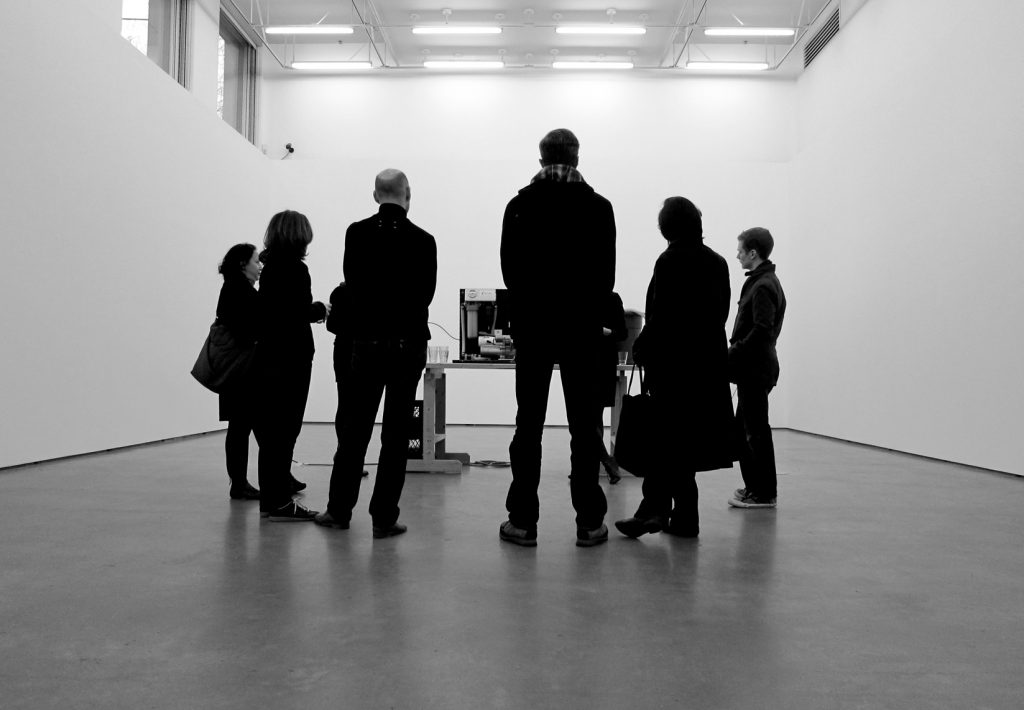 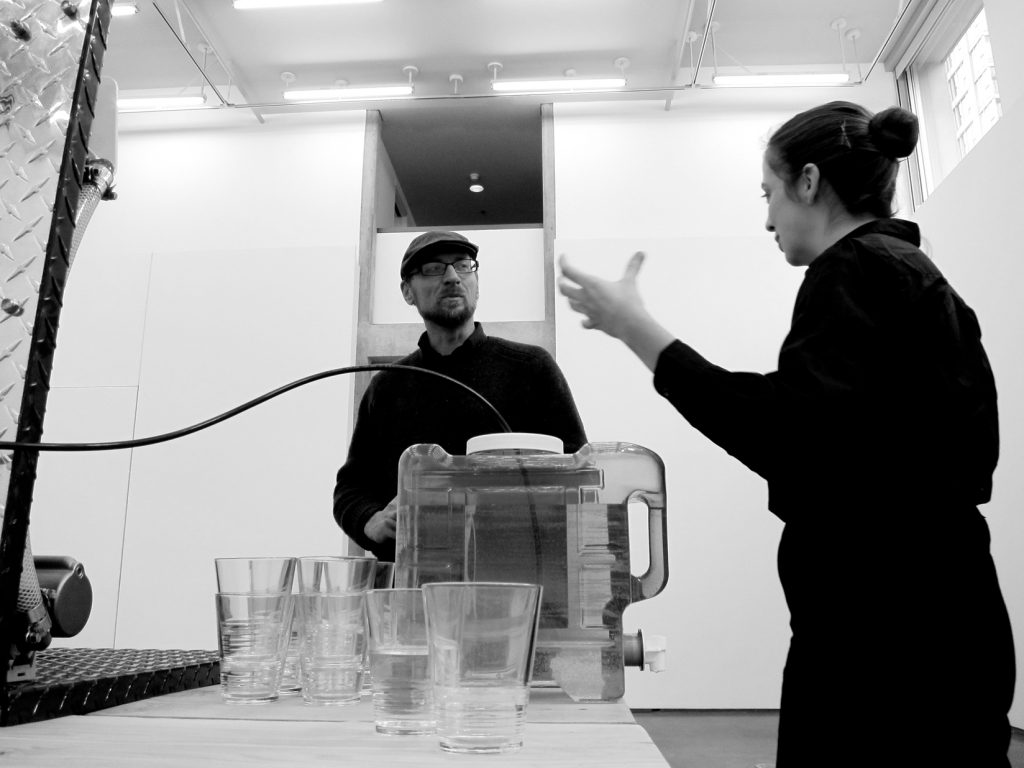 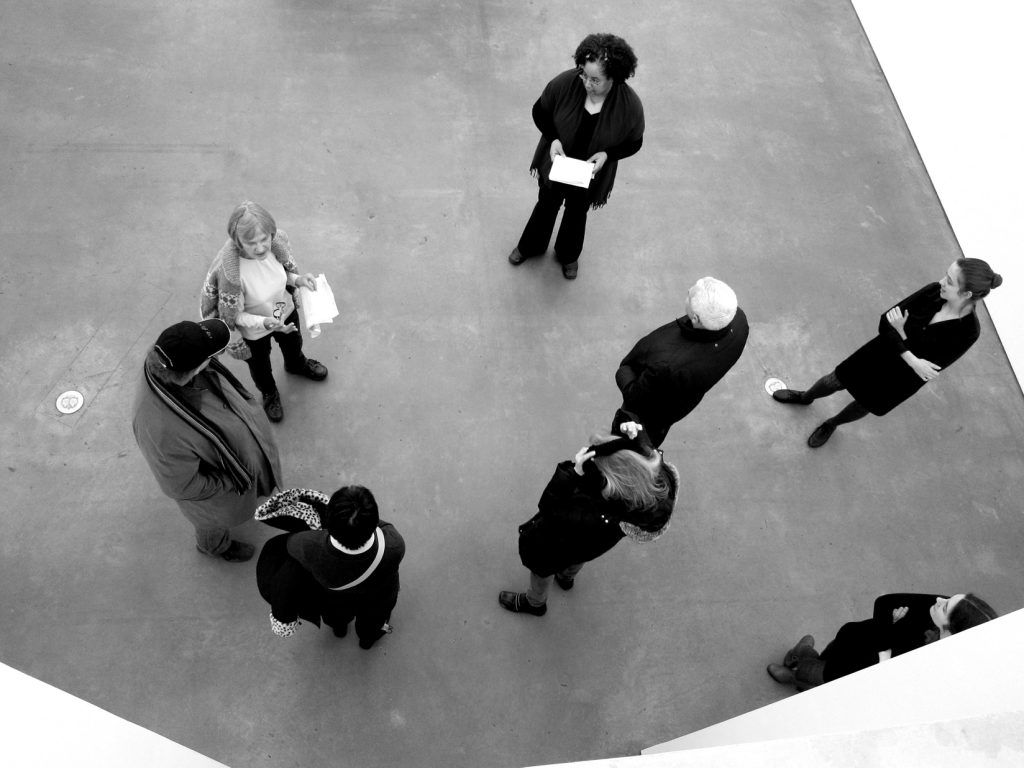 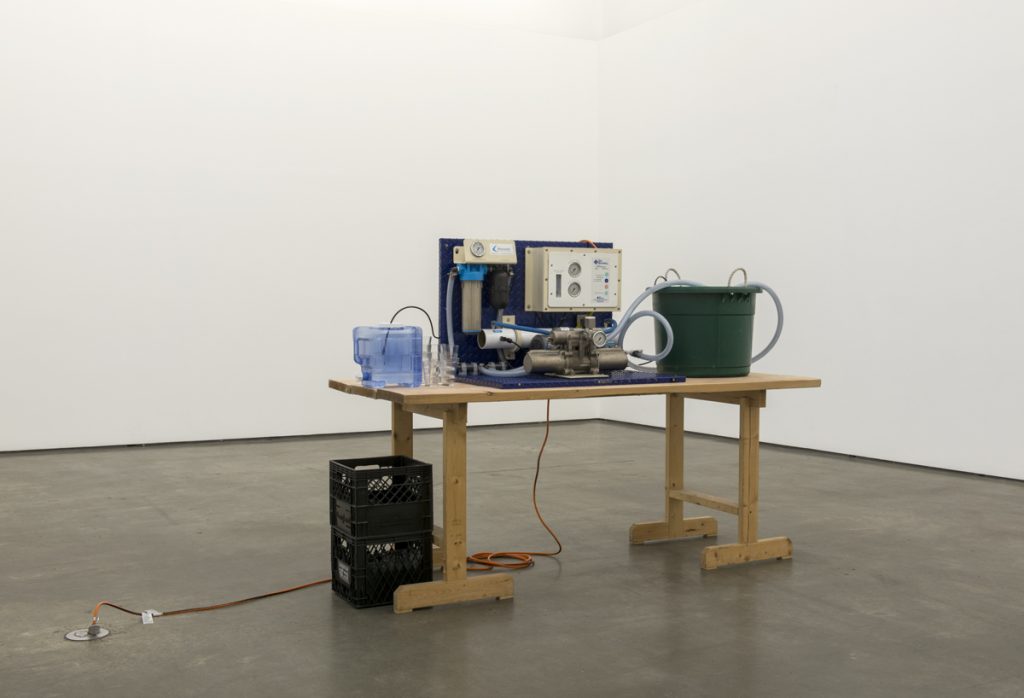 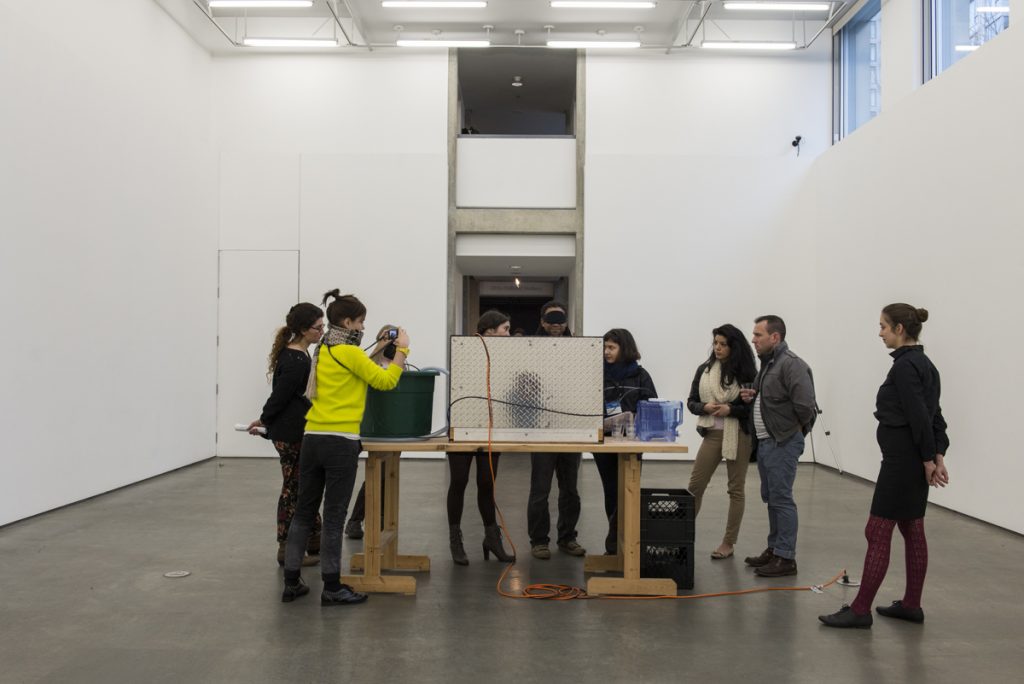 During the entire exhibition, a team of volunteers proposed a glass of water and said one of two didactic sequences. The starting point of these visits was always the only object in the room : a reverse osmosis machine, purifying water scooped in the North Pacific Ocean.

Excerpt from the script

« E. Pauline Johnson, also known as Tekahionwake, is the author of Legends of Vancouver, a compilation of short stories. The main character in the book is Squamish chief Joe Capilano, who tells most of the legends.
One of the stories, “Siwash Rock” tells how the rock became a rock. According to a Squamish tradition, future parents must swim until so clean and clear that wild animals cannot scent their proximity. The legend has it that on the day of the birth of their child, a soon-to-be mother and father were swimming. They meet giants on a canoe who ordered them to move away. The father dared to refuse. So the giants granted him immortality but turned the whole family into rocks. Siwash Rock stands in Stanley Park, the oldest park in Vancouver.
The Dr. Sun Yat-Sen Garden is a much smaller park, but there are many rocks in it. This garden was built in 1985-1986. It is enclosed by walls. At the centre of the main courtyard, there is a pond surrounded by large rocks and pavilions. In one of the pavilions, deemed the scholar’s study, there is a remarkable gongshi. This gongshi, also called scholar’s rock is not very big; you can transport it easily. The scholar’s study is, and has to be, a room sparsely furnished. The gongshi is its only ornament. It hasn’t been carved by man, or if it has, it doesn’t look like it. Water shaped it and polished it, giving it this fantastic appearance. It looks contrived and artificial, but it sums up the passing of time and the actions of natural elements. It resembles the wandering of the mind. »