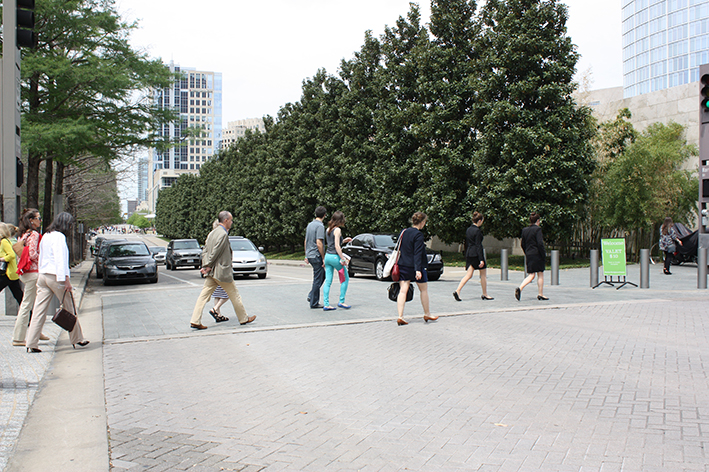 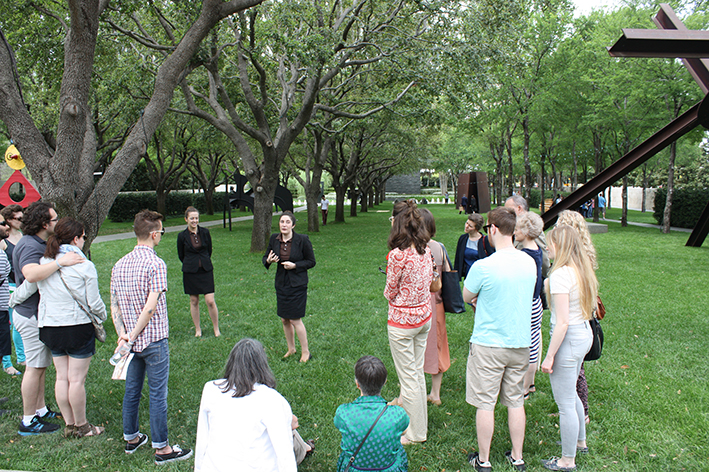 
Extract:
« Phase IV, released in 1974, is perhaps the best example there is of film about insects and utopia. It was directed by Saul Bass, the famous graphic designer who worked with Alfred Hitchcock for the opening credits of Vertigo for instance.
Phase IV is a film about ants. A group of scientists observe sudden changes in anthills from the desert. They build a scientific station to monitor these changes. They gradually realize that the ants are attacking them by building a giant anthill made of shiny material that increases the heat in the station.
The same thing happens with the tower that was recently built across the garden, the Museum tower : the temperature in the Nasher garden below has risen a few degrees since its completion. This has made people worry the gardens around would be damaged by this construction. Because that is what happens in the film: the heat is causing malfunctions in the computer. In the end, the scientists are defeated. The last one decides to go inside the anthill to destroy it. But he realises the ants were waiting for him, and he merges his intelligence with the ants. »