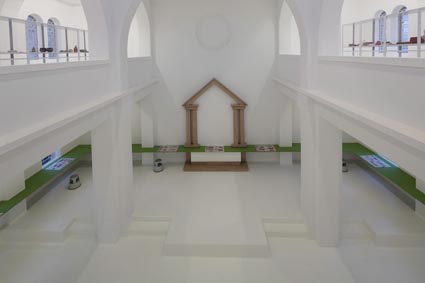 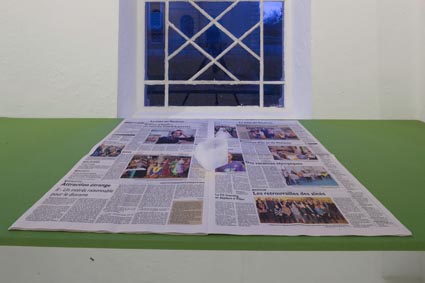 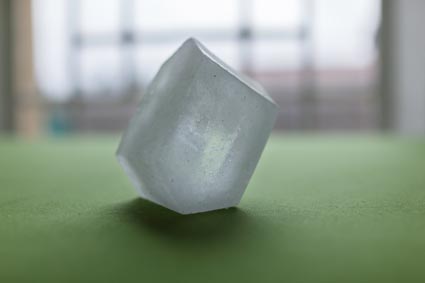 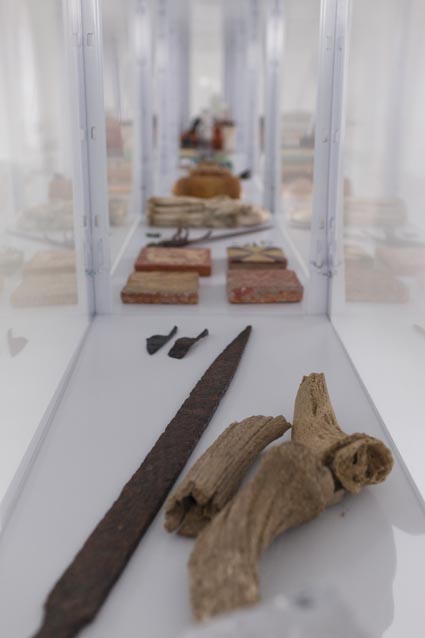 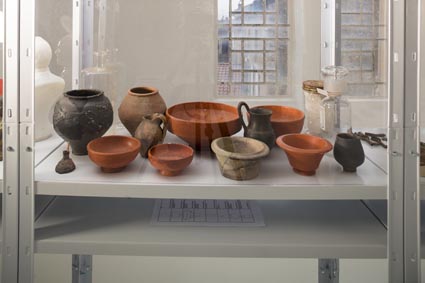 « The story so far: La Ghita is on a sightseeing tour of a salt mine. In Rome, Benvenuto Cellini, taking advantage of the public unrest caused by the death of the Pope, has called up an assembly of demons in the Coliseum, and decided to rid himself of his rival once and for all…

Episode 2: A reasonable interest in dioramas
Cellini struck once, then again, and Pompeo fell dead at his feet. He had not meant to kill him, but as the saying goes, things sometimes get out of control. With his left hand he wrenched the dagger out of the wound, with his right he drew his sword to defend himself against Pompeo’s cronies.
Then a metallic grating sound was heard, and Cellini’s silhouette reverted to the pose it had been in at the beginning of the scene, with his weapon hidden inside his doublet. Pompeo got to his feet. The diorama was over. The coloured lights went out.
The little open carriage we were sitting in began lurching up the hill again, only to come to a halt several metres on to subject us to another, similarly ridiculous historical recreation. Régine seemed to be enjoying herself, looking curiously at the tunnel and twisting on her wooden seat for a last look at the niche in the rock where we had seen Cellini commit his heinous crime. The dioramas were not in very good shape: the models’ clothes were worn and dusty, and remnants of sets were clumsily hidden behind sheets of dirty plastic, waiting for some strictly hypothetical restoration. As the train struggled up the slope, the driver, who also filled in as guide, listlessly unreeled his spiel for the passengers:
« These galleries were dug during the Second World War as a military base and air-raid shelter. The tunnels are over six kilometres long and have a total area of 12,000 square metres. If you take the main corridor, you can travel through the hill from one side to the other, or you can take the Schlossberglift – the elevator, installed in 2000 – to the top. The biggest hall, the Dom im Berg, can hold up to a thousand people in the depths of the mountain. It is now a place of worship. »
Needless to say our guide had omitted to mention how the underground passages had been created. How only forced labour organized by the Nazis had made the venture possible. Régine seemed to be paying no attention to the guide. Instead, she was itching to get to the next diorama. I would rather have explored the dozens of corridors running off both sides of the main tunnel: they looked so deep and dark that once inside it must be very easy to lose yourself.
The guide yanked on the brake lever and the train stopped with a jerk. In the subterranean silence he wearily announced, « The cave of Pythagoras! »


***
« Ghita, would you like to exchange with me your small bough? »
I was amused and touched by the young German’s gaucheness. I was playing with the pretty twig loosely covered with diamonds that the miners had given me at the end of our expedition. The bough my young officer was offering was even more subtle: the salt had coated it with countless little prisms that gleamed magically in the August light filtering through the green glass windows of the Austrian inn. There was no way of knowing if it was a branch or a consummate piece of jewellery. I exchanged willingly, taking advantage of the situation to invite him to have lunch with me the next day. Without a word he discreetly pressed my bough to his heart, and Annibal, who had had his eye on him since the mine, threw a scornful look at him. Arrigo saved the young man from Annibal’s wrath by leading him off into a corner of the big dining room; he was intrigued by unusual encounters and I had the distinct feeling that he had decided to make the fetching Bavarian the subject of a fresh study. They chatted for a long time, sometimes glancing in my direction, and I was trying so hard to eavesdrop that Annibal’s irritated voice beside me made me jump: « My dear, you could at least spare us the company of that drab, glassy-eyed little blond. »

***
The grotto where the little train stopped was divided in two by a purple curtain. To the left men and women draped in white peploi were looking expectantly towards the hanging that cut them off from the back of the cave. In the shadow on the other side of this impassable cloth barrier stood a majestic, hieratic figure: Pythagoras, lightly clad in a purple exomis that left one powerful shoulder bare and suggested a muscular, perfectly symmetrical physique. A ray of light fell exactly on his right thigh, which glowed as if made of pure gold. He was flanked by two initiates, a man and a woman in orant posture. It was for this mathematician, magus and athlete that the word « philosopher » had been forged. Then the divine Pythagoras opened his mouth and a deep voice echoed…
(To be continued) »